SGN Commercial Services has been awarded a position on an eight-year framework to design, construct, operate and maintain biogas processing installations at Thames Water’s wastewater treatment facilities, with an estimated contract value of £70 million.

The UK wastewater sector has the potential to generate enough biogas to heat over 360,000 homes each year through injection into the UK gas grid, helping to green the gas distribution network, reducing carbon emissions and meeting UK Government net zero targets.

A large proportion of the UK water sector’s anaerobic digestion facilities currently use gas to generate power through combined heat and power (CHP) engines, but with the water sector committed to reaching net zero by 2030, gas-to-grid technology is expected to become increasingly important as CHPs reach the end of their lives and Renewal Obligation Certificates (ROC) subsidies decline.

Thames Water is an early adopter of gas-to-grid technology and completed the first industry project at its Didcot facility back in 2010. The water company now has plans to increase its gas-to-grid installations and has selected SGN Commercial Services to work alongside it on these projects.

SGN Commercial Services has been leading the development of the UK’s biomethane industry for over ten years, supporting clients through all aspects of gas-to-grid delivery, including finance, design and build and operations phases. It has an established a portfolio of projects and has worked on approximately 30 new plant installations including its own world-first biomethane injection and blending hub at Portsdown Hill.

SGN Commercial Services was heavily involved in the development of first-generation biomethane network entry facility designs and specifications, enabling significant volumes of renewable green gas to enter our gas network serving approximately six million customers in Scotland and south-east England. SGN’s network aims to increase its biomethane injection into the grid to deliver an increase in renewable energy from approximately 200,000 to 450,000 homes by the end of GD2.

The initial project in collaboration with Thames Water is located at its Deephams sewage treatment site in Edmonton, North London. Sewage will be used to create biomethane as a heat and power alternative, which will help offset more than 8,000 tonnes of carbon dioxide from entering the atmosphere each year.

It will see the implementation of biogas upgrading and grid entry equipment to enable biomethane injection into the local gas pipeline infrastructure.

The implementation phase at Deephams began earlier this year and is expected to be completed by March 2022.

The £7.3 million scheme will use the gas generated during the sewage treatment process to produce six million cubic metres of methane annually – enough to heat 3,500 homes in Enfield.

Our Director of Commercial Services and Investments Marcus Hunt said: “We want to continue to be at the forefront of providing heat to UK homes and businesses and recognise the renewable energy investments required to ensure the sustainability of our gas network and supporting decarbonisation goals. This includes growth in gas-to-grid biomethane projects in partnership with UK water companies.

“We’re delighted to be collaborating with Thames Water on an eight-year framework to design, construct, operate, finance and maintain biogas processing installations on their wastewater treatment facilities. This initial project at Deephams will see the implementation of biogas and increased biomethane injection into the local gas network to help heat thousands of homes in North London.”

“Installing this new technology means we can give back to our communities by using the leftover gas from our sewage treatment process to heat local homes with renewable energy. It will help in our plans to become a carbon negative business by 2040 with the first milestone: net zero 2030.

“We will always look for innovative new ways to reduce our environmental impact and produce renewable energy, which will not only benefit us but our customers and the environment.” 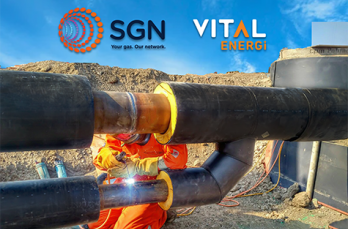 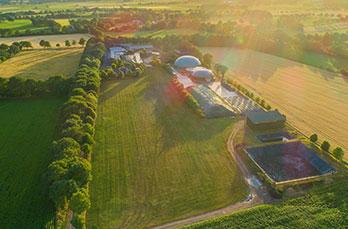 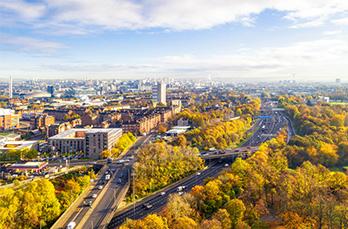 We’ve launched our Strategy to go net zero by 2045