Today is International Day of People with Disabilities, an annual celebration of people with disabilities aimed at promoting inclusive, accessible and sustainable societies.
This year’s theme is ‘not all disabilities are visible’ and we’ve been sharing stories from some of our people whose lives have been shaped by hidden disabilities.

In 2012, Customer Experience Advisor Caroline started to experience numbness in her face and on the right-hand side of her body. After a series of scans, she was diagnosed with Hydrocephalus; a build-up of fluid in the brain. This excess fluid wasn’t draining properly, putting pressure on her brain causing her symptoms – if it had been left untreated it could’ve been fatal.

In the space of three years, she underwent more than ten brain surgeries, with each one involving fitting a shunt in her brain designed to divert the fluid from her brain to her stomach.

Caroline said: “Due to the amount of brain surgeries in a short space of time, my short-term memory has been badly affected. People often get annoyed at me for forgetting things and it’s incredibly frustrating for me feeling like I’ve let people down.

“I’ve learned to manage my condition in the best way I can. I manage my anxiety with techniques like CBT (cognitive behavioural therapy) and I manage my short-term memory by making lots of notes on my phone or around the house. If I’m doing something different or out of my daily routine, I’ll leave myself reminders. I ask lot of questions which might be frustrating to someone who doesn’t know I have a hidden disability.

“I’ve now been surgery-free for four and a half years. My anxiety is almost gone but it’s still a part of me and can be triggered in certain situations. My short-term memory issues will be with me for the rest of my life.”

In May 1995, Maintenance Technician Richard’s son Ryan was diagnosed as having autism and severe learning disabilities at the age of two and a half. Richard and his wife Tracey discovered that for many people, their understanding of autism had been shaped by the film Rain Man, not appreciating the scale of the autistic spectrum or the individualistic nature of autistic traits and tendencies.

While it’s true that there may be commonalities in some children with autism, each is unique in their own way.
Richard said: “As a child, you couldn’t tell by looking at Ryan that he had a disability. Other children would become frustrated with him when he wouldn’t play their games or talk to them. Even adults became frustrated when he wouldn’t conform to social norms or behave in the way they’d expect from a child his age. The lack of awareness and understanding of autism became very apparent to us.

“We’re continually learning and adapting to accommodate Ryan’s changing needs. As Ryan is very low functioning, all of his self-care needs have to be done by us: bathing, dressing, shaving, everything. We were continually encouraged by social services to place him in a care setting; however, this is never an option we will consider, we will continue to care for him at home. Ryan’s home is the only place he has freedom.”

Both Caroline and Richard have called on people to show more tolerance of other people and to show more consideration to others. Caroline says: “As the age-old saying goes, don’t judge a book by its cover. You don’t know what a person has been through or is struggling with and a little kindness could go a long way.”

According to the WHO World Report on Disability, 15% of the world’s population, or more than 1 billion people, are living with disability. Many of these disabilities are not immediately apparent and many people wouldn’t necessarily classify their condition as a disability. With so many people affected by disabilities, it’s important we recognise campaigns like this to show support, understand experiences and remove barriers.

We’re proud to be an inclusive employer and to provide support our people and their families living with disabilities. You can find out more about our commitment to diversity and inclusion here. 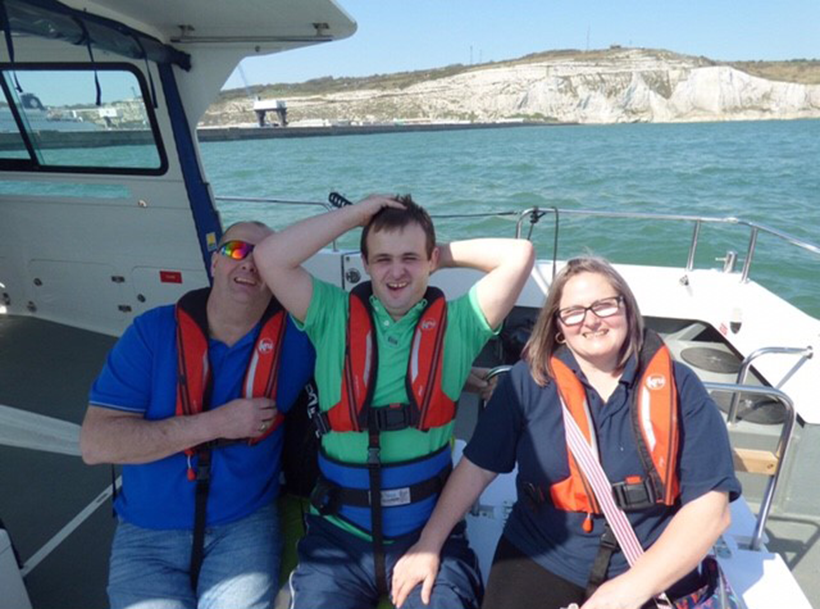 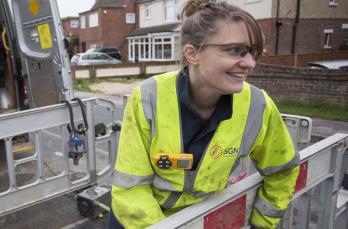 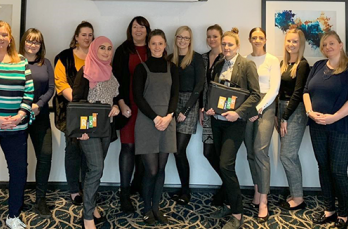 Reflecting on supporting our women this International Women’s Day