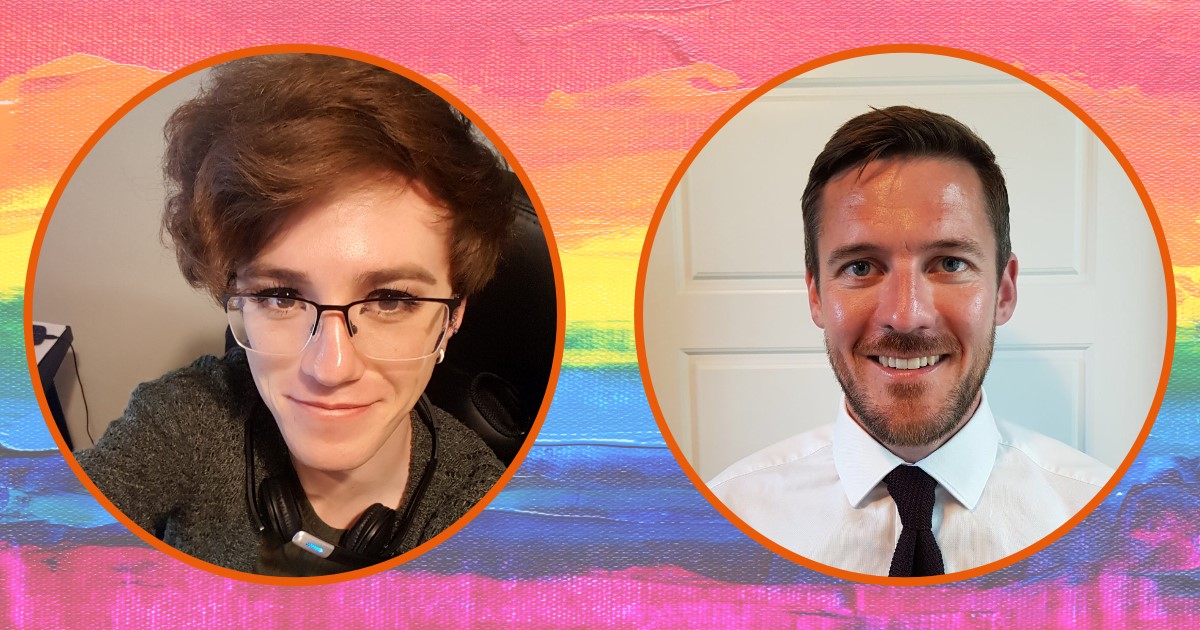 This month, for the first time, we’ve been celebrating LGBT+ History Month and sharing the stories of our LGBTQ+ community, as well as providing educational articles to our people.

It’s part of our diversity and inclusion commitment to making sure all our people have the confidence to be who they are and give their best. This starts with everyone understanding what makes people different and valuing the benefits that diversity brings. It also comes from being aware of the impact we have on the people around us.

We began the month by providing some background on LGBT+ History Month, which was first celebrated in the UK in February 2005 in the wake of the 2003 abolition of Section 28 of the 1988 Local Government Act. Section 28, a piece of legislation introduced by Margaret Thatcher’s Conservative government, stated that local authorities were not allowed to “intentionally promote homosexuality or publish material with the intention of promoting homosexuality”.

Over 150 events took place across the UK to celebrate LGBT+ History Month in the year of its conception, far exceeding the organisers’ expectations, and has been held in the UK in February every year since. It provides the opportunity to reflect on the movement towards equal rights and treatment and, more generally, a celebration of the contributions of the LGBT+ community across the globe.

We also heard from Effy, a transfeminine, non-binary Finance Officer who has been out as transgender in our workplace for a couple of months. She shared her journey of first having to come out to themselves before coming out to friends and family, the reactions she had, her plans for the future and the support she’s had at work.

Effy said: “As I never grew up with feelings or thoughts of “my body isn’t right/I’m a woman trapped in a man's body”, I had never really considered that I was trans. It turns out that this is a misconception about trans people and gender dysphoria can be felt in many different ways.

“What I can easily point to instead is that when I look in the mirror and feel that I look particularly feminine for example, I experience something called gender euphoria. This is something I was unaware was a thing until coming out. This feeling is quite a contrast to not ever feeling any joy at being a man (though I do have some nice ties).

"I am now understanding more about how gender dysphoria can affect people and can clearly see that I am trans. However, I still do not feel like a woman. I also do not feel like a man. Whatever those things mean? This is why I identify as non-binary.”

Our Diversity and Inclusion (D&I) Partners play an important part in supporting and promoting our D&I strategy, helping to address local D&I issues and challenges. Treasurer Duncan spoke about the importance of his team’s increasing use of gender-specific and gender-neutral pronouns at work. He said: “As a D&I Partner, I’m committed to embedding inclusion at SGN and making small changes which will hopefully make a big difference. One of the really easy ways to do that is by asking the question, ‘what pronouns do you use?’. This way, it helps to avoid any mistakes and ensures people feel recognised.

“The concept of using gender-neutral pronouns might be tricky to wrap your head around and adjusting to using new pronouns might not be easy but consider the impact it could have on someone whose identity is often mistaken or presumed.

“Through the conversations I’ve had with the wider team, I know people are worried they’ll say the wrong thing and unintentionally cause offence but it’s important to remember we’re all human and we all make mistakes. As long as we apologise and learn from them, that’s what matters.”

Despite making progress, there’s still a long way to go – research by YouGov involving 5,000 LGBTQ+ people revealed that many LGBTQ+ people have experienced hate crime, discrimination and continue to endure poor treatment while using public services and going about their lives. Put simply, this is unacceptable and unfavourable treatment on the basis of sexual orientation, or any other protected characteristic, should not be tolerated.

We’re proud to be taking steps towards supporting our LGBTQ+ colleagues and developing an even more inclusive place to work for all of our people. 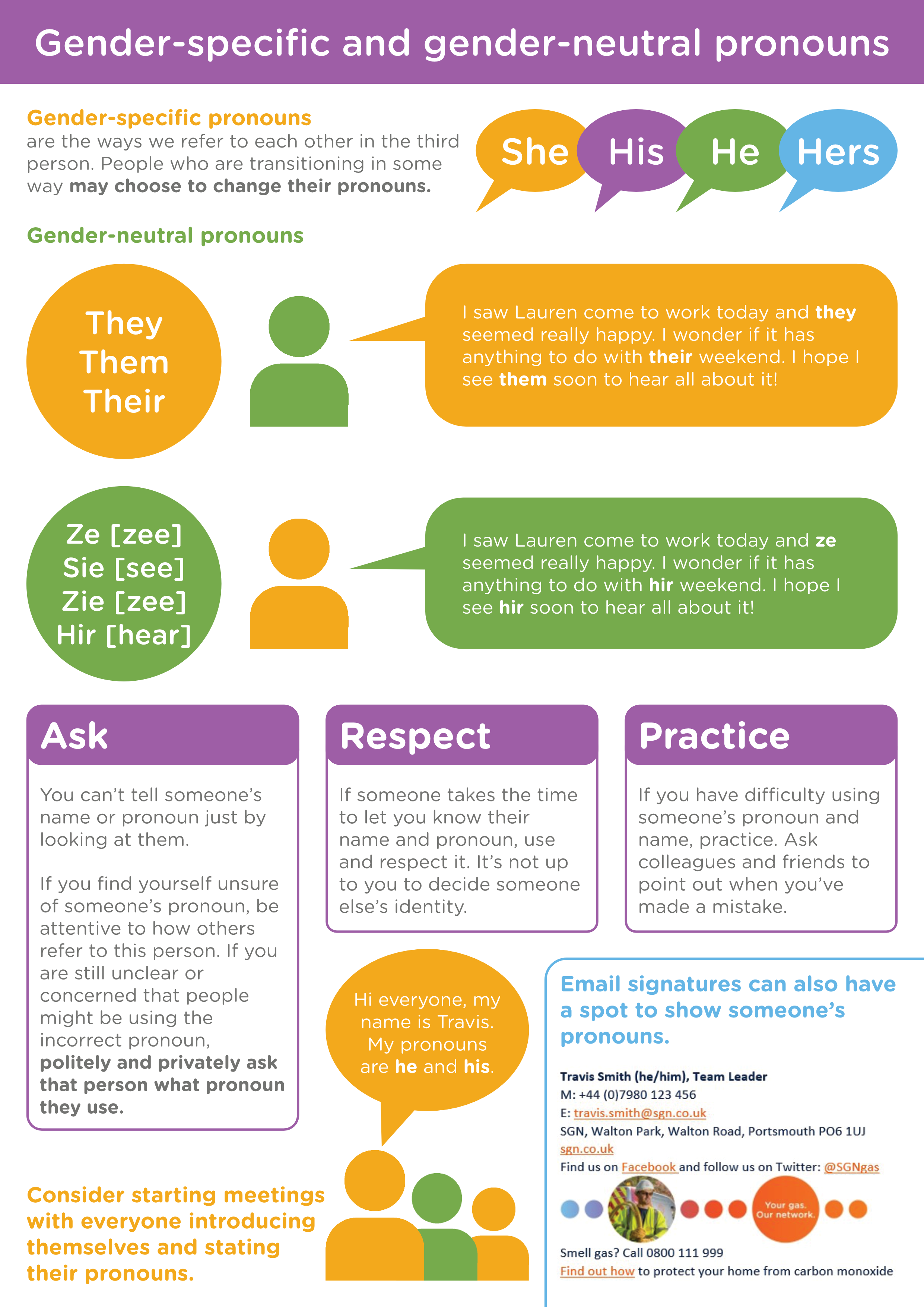 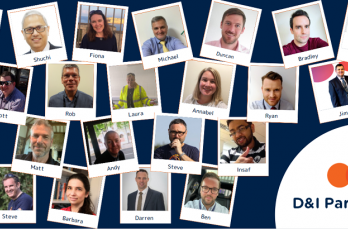 Meet our Diversity and Inclusion Partners 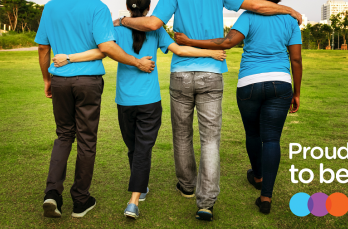 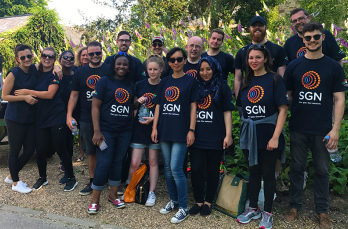